Recently, the international oil price has been rising with the turmoil in Libya. The oil price in New York market broke through 105 US dollars per barrel on the 7th, while the British Brent crude oil is moving towards the high of 120 US dollars per barrel. This led to various viewpoints such as the "fourth oil crisis" and "oil shortage". According to BP, it is estimated that by 2030, the world's energy demand will increase by 45% on the existing basis, which is equivalent to increasing the consumption of the two US in the current global energy consumption level. This shows that the shortage of oil and the rise in oil prices have become an inevitable trend.

However, with the occurrence of the 9th-level strong earthquake in Japan, the oil price on the international market has also turned sharply. China Supply and Demand Network learned from relevant institutions: As of 16:00 yesterday, the light crude oil futures price of the New York Mercantile Exchange in April WTI broke through 100 US dollars, standing at 99.19 US dollars per barrel, down 1.97 US dollars from last Friday's closing. The London market Brent crude oil futures price for April delivery was $112.33, down $1.51 from last Friday's close.

Japan is currently the third largest economy in the world and the third largest oil consumer. Japan's oil needs to be imported almost exclusively. The earthquake has caused the destruction of refinery facilities, which in turn has affected oil import demand. The international market is worried about the decline in Japan's energy demand, so the international oil price has also fallen sharply.

In this regard, Jia Chengzao, an academician of the Chinese Academy of Sciences and chairman of the China Petroleum Institute, said that the earthquake in Japan will have a certain impact on international oil prices in the short term, mainly because of psychologically negative global economic sentiment. In addition, Japan is the third largest oil in the world. In the consuming countries, the earthquake will cut Japanâ€™s demand for crude oil. New York Mercantile Exchange crude oil trader Raymond Kaben also said: "The earthquake in Japan will push oil prices down, but it will not last." Based on past experience analysis, in the event of major international natural disasters, the initial reaction of oil prices It is down, but it will rebound in the short term.

From the long-term perspective of the international crude oil market, the decline in international oil prices is only temporary. With the start of post-disaster reconstruction in Japan, oil prices will once again be on the high level. As the head of the International Energy Agency's IEA emergency policy said: "The impact of the Japanese earthquake on the country's oil sector is limited."

Lin Boqiang, director of the China Energy Research Center of Xiamen University, also said: The impact of the earthquake in Japan on the international oil market is short-lived. Due to the impact of the earthquake, the refinery in Chiba, Japan has been shut down, and 19% of Japan's domestic refining capacity has been affected, so it will affect Japan's demand for crude oil in the short term. The international crude oil market fell immediately after the earthquake in Japan was a very direct response. With the beginning of reconstruction, Japanâ€™s nuclear power accounts for 29% of total domestic electricity generation, LNG accounts for 27%, and oil accounts for 7%. The rest is thermal power and hydropower. At present, most nuclear power plants in Japan are difficult to operate. In the case of a limited number of thermal power plants and the difficulty of rapidly building new thermal power plants, the demand for diesel oil may increase. At that time, the demand for crude oil is likely to rise, and the international oil price is likely to be renewed. rise.

The Aluminum Casement Windows are a traditional style of window commonly found in commercial and residential buildings, office buildings, high-grade houses, villas and other high-grade buildings in the city. These windows, rather than sliding open and closed, are more like small doors with glass windows: They are hinged and swing open and closed, like a door. Although most Casement Windows just swing inward so as to open them, some are opened outward by turning the crank on the inside, just under the window.

1.6083-T5 aluminum profile with durable powder coated that can keep non-rusty over 30 years

3.Strong stainless steel mosquito net can perfectly prevent from mosquito and insects and are stable and durable, can be used over 10 years. 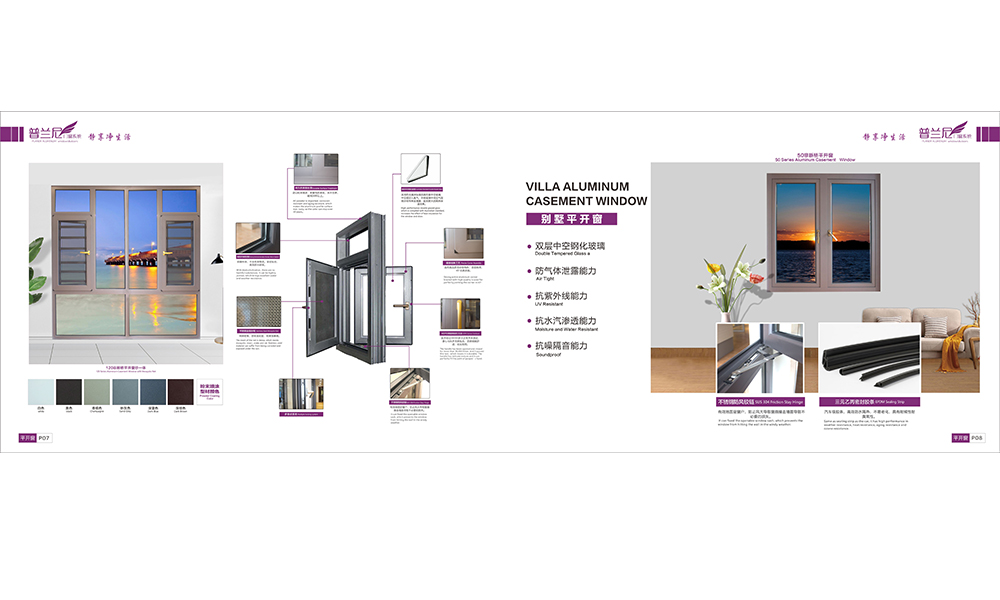